But that really only tells part of the story.

Flash Gordon Conquers the Universe is, essentially, the spiritual predecesor to Star Wars. It’s the perfect adventure film, with plenty of action and a suspense!

This DVD features all 12 chapters of the original serial, lightly restored, and presented in the highest quality available anywhere!

You want GIFS? Check these GIFS! 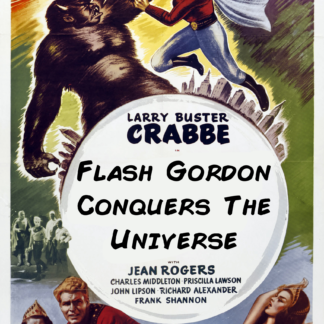